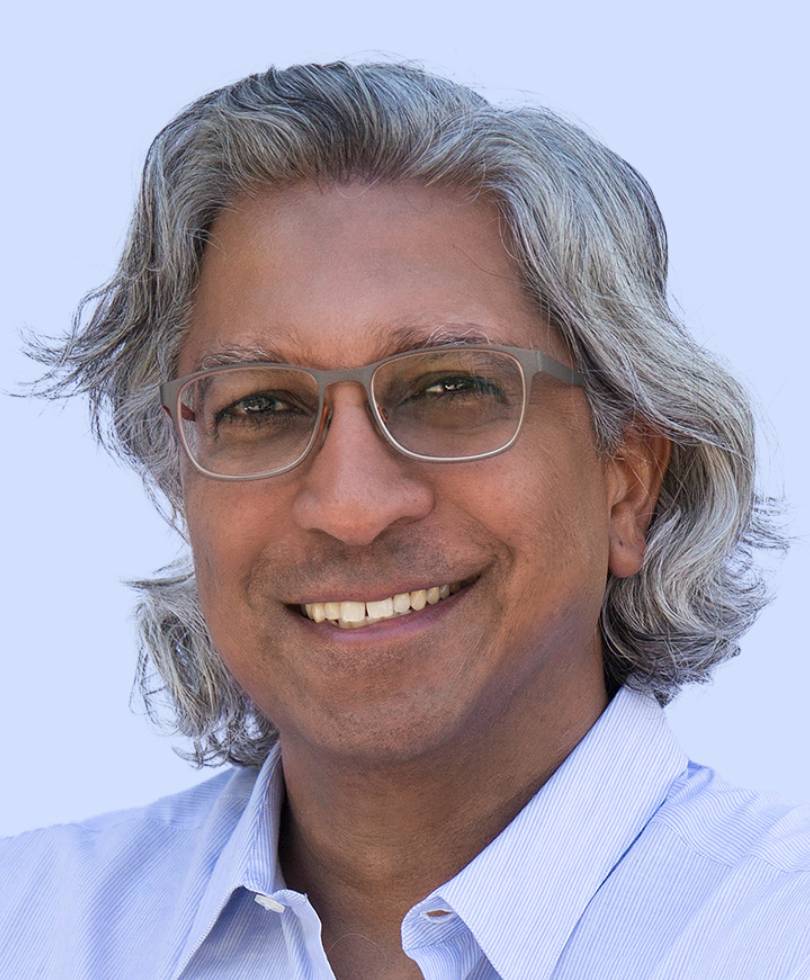 Dr. Srinivas Akkaraju is the Founder and Managing General Partner at Samsara BioCapital. Previously, from April 2013 to February 2016, he served as a General Partner of Sofinnova Ventures. From January 2009 until April 2013, he served as Managing Director of New Leaf Venture Partners. Previously, he served as a Managing Director at Panorama Capital, LLC, a private equity firm. Prior to co-founding Panorama Capital, Dr. Akkaraju was with J.P. Morgan Partners, which he joined in 2001 and of which he became a Partner in 2005. From October 1998 to April 2001, he was in Business and Corporate Development at Genentech, Inc. (now a wholly owned member of The Roche Group), a biotechnology company, most recently as Senior Manager.

Prior to joining Genentech, Dr. Akkaraju was a graduate student at Stanford University, where he received his M.D. and a Ph.D. in Immunology. He received his undergraduate degrees in Biochemistry and Computer Science from Rice University. Dr. Akkaraju also serves as a director of Chinook Therapeutics, Intercept Pharmaceuticals, Syros Pharmaceuticals, Jiya Acquisition Corporation and several private companies.  Previously, he served as a director on the boards of Seattle Genetics, Principia Biopharma, Aravive, Inc., Barrier Therapeutics, Eyetech Pharmaceuticals, ZS Pharma, Synageva Biopharma Corp. and Amarin Corporation. 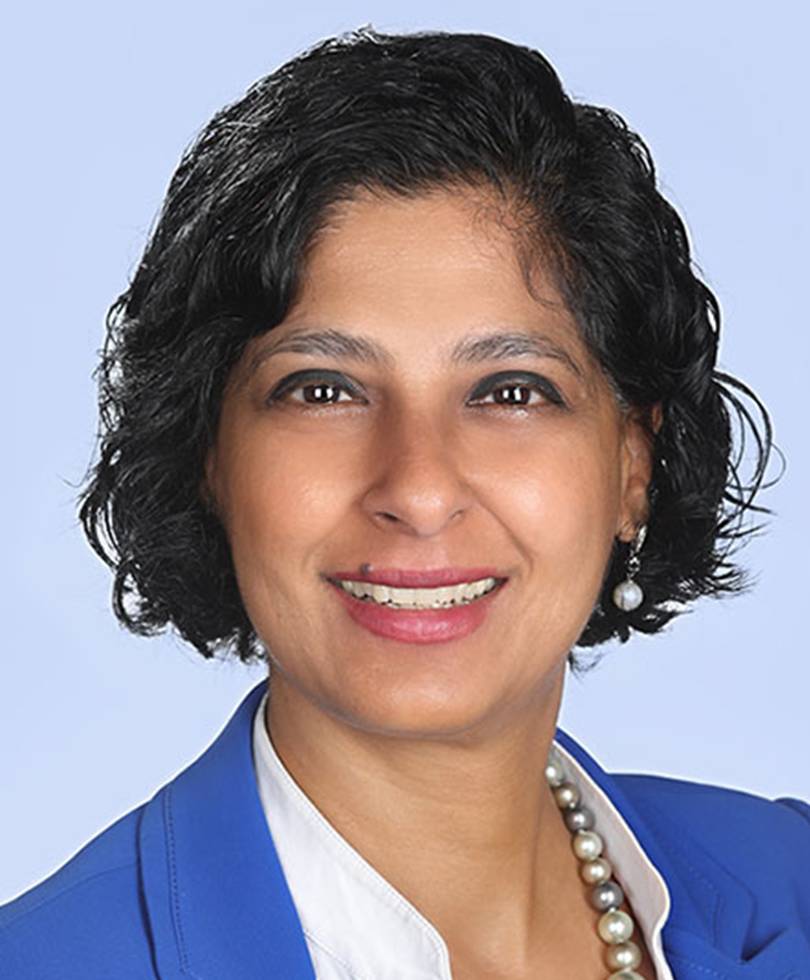 Rekha Hemrajani has been our Chief Executive Officer since our inception in August 2020 and serves on our Board of Directors. Ms. Hemrajani is an experienced strategic leader helping biotech companies with corporate strategy and corporate finance, as well as building product pipelines through corporate development. She has extensive senior management experience within public and private biopharmaceutical companies, and bulge bracket investment banks. Ms. Hemrajani recently served as President & Chief Executive Officer of Aravive, Inc. Ms. Hemrajani previously served as Chief Financial Officer & Chief Operating Officer of Arcus Biosciences, leading finance, investor relations, corporate communications, business and corporate development, strategic planning, and human resources. Prior to Arcus, Ms. Hemrajani served as Chief Operating Officer of RAPT Therapeutics, Chief Financial Officer of Sagimet Biosciences, VP – Head of Licensing and M&A at Onyx Pharmaceuticals (acquired by Amgen), and VP of Business Development at Exelixis. Prior to Exelixis, Ms. Hemrajani was VP, Healthcare Investment Banking at Lehman Brothers and worked at Credit Suisse First Boston as well. Ms. Hemrajani is currently on the Board of ALX Oncology, MaxCyte and BioAge Labs, Inc. 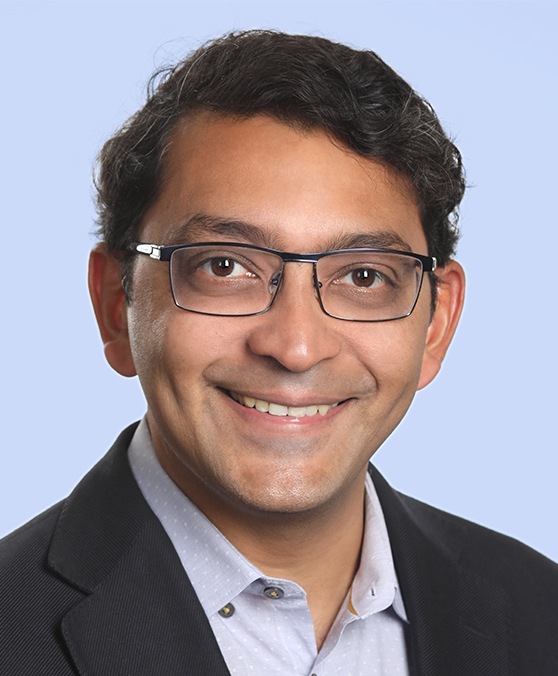 Mayank Gandhi, M.D. is our VP, Corporate Development and brings with him nearly 15 years of biopharmaceutical industry and capital markets experience. From 2013 to 2020, Mayank worked at Genentech/Roche in several strategic and operational roles spanning business development, commercial operations, and medical affairs. Prior to joining Genentech, Mayank was an equity research analyst covering biopharmaceutical and medical technology companies at Citigroup, Cowen & Co, and Avet Capital. 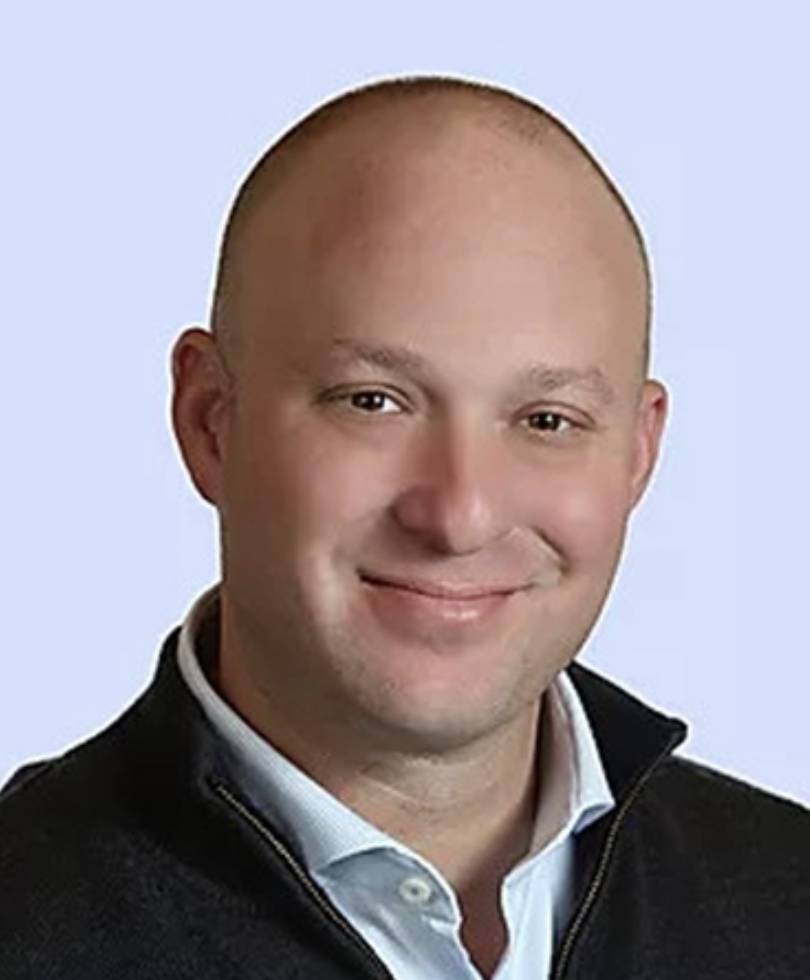 Cory S. Freedland, Ph.D. is our Chief Investment Officer and also serves as a Principal at Samsara BioCapital. At Samsara, he has led several of the firm’s investments in the biotechnology sector and serves as a director on a number of private company boards. Dr. Freedland was previously a Principal at Sofinnova Ventures, Principal at Novo Ventures, and a Vice President in the healthcare investment banking practice at Morgan Stanley. Prior to Morgan Stanley, Dr. Freedland led a preclinical research group focused on novel targets for central nervous system diseases at Roche.

Dr. Freedland received his Ph.D. in Pharmacology from Wake Forest University School of Medicine, an MBA from the Kellogg School of Management at Northwestern University, and a B.A. in Psychology and Religious Studies from Connecticut College. 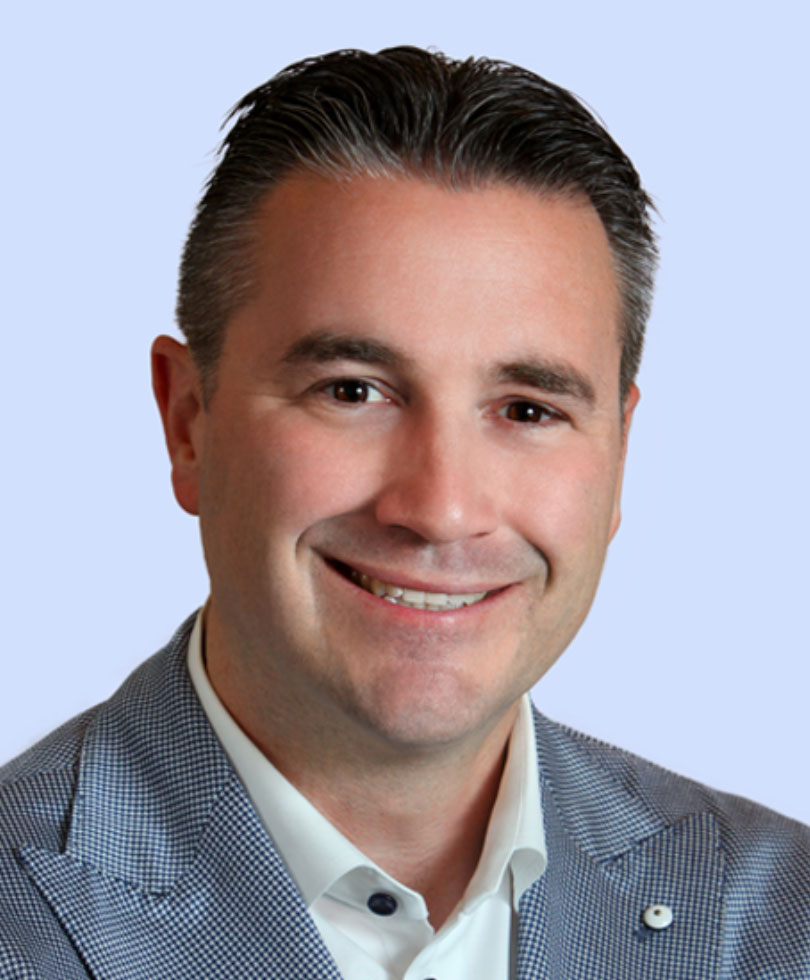 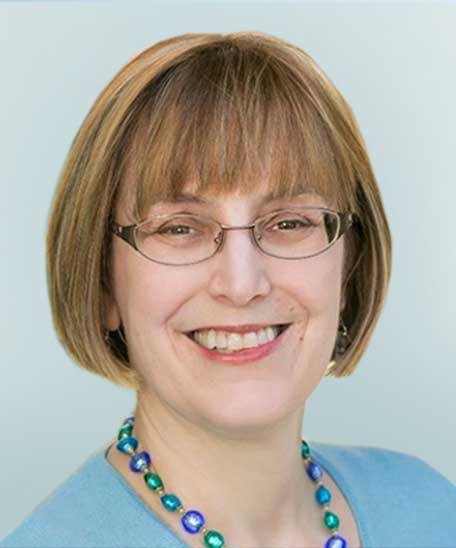 Dr. Friedman brings over 20 years of experience in cancer research, including expertise in target discovery and validation, drug discovery, pharmacology and biomarkers. She is currently the Chief Scientific Officer at ORIC Pharmaceuticals where she leads discovery research, preclinical development sciences and manufacturing. Prior to ORIC, Lori spent 15 years at Genentech, where she held roles of increasing responsibility including head of translational oncology for Genentech Research and Early Development (gRED), where her team advanced more than 20 programs into clinical development. Dr. Friedman also sat on multiple cross-functional leadership teams tasked with strategic and technical review of Genentech’s oncology research and development pipeline projects as well as in-licensing opportunities. Prior to Genentech, Dr. Friedman held various scientific leadership roles at Exelixis.

Dr. Friedman completed post-doctoral work at the University of Washington and at Cambridge University, and a PhD in molecular and cell biology from UC Berkeley. 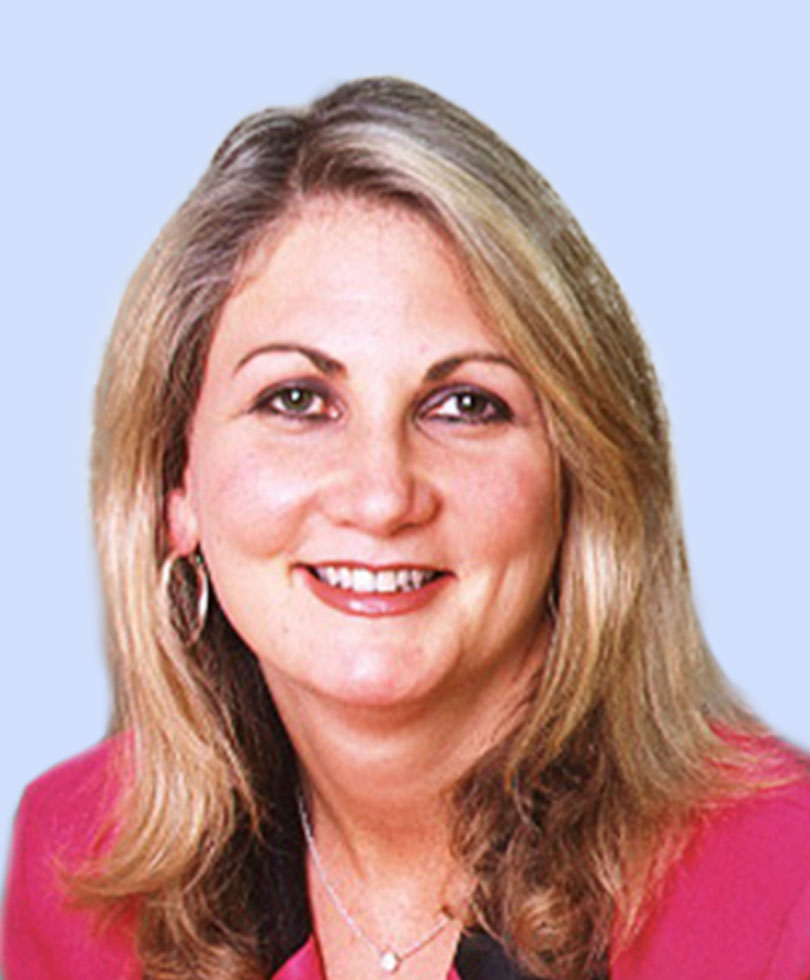 Dr. Pamela Klein is a medical oncologist and seasoned biotechnology executive with 20 years of experience in drug development. She is Founder and Principal of PMK BioResearch offering advisory and strategic consulting for the biotechnology industry and venture firms. She is a member of the Board of Directors of Argenx, Patrys, Spring Bank Pharmaceuticals, and I-Mab Biopharma as well as a member of several Scientific Advisory Boards. Dr. Klein is currently Chief Medical Officer of Olema Oncology and previously served in that role for multiple successful biotech companies including Intellikine which was acquired by Takeda. From 2001-2008, Dr. Klein held increasing positions of responsibility at Genentech lastly as Vice President, Development, where she led the development for a portfolio of drugs including Herceptin®, Rituxan®, Perjeta®, and Tarceva®. Prior to this, Dr. Klein was Research Director for the National Cancer Institute-Navy Breast Care Center that she co-founded and led until leaving the NCI.

Dr. Klein received her bachelor’s degree in biology from California State University and her Medical Degree from Stritch School of Medicine, Loyola University Chicago. She trained in internal medicine at Cedars-Sinai Medical Center in Los Angeles and medical oncology at the National Cancer Institute in Bethesda, Maryland where she served as Chief Fellow. 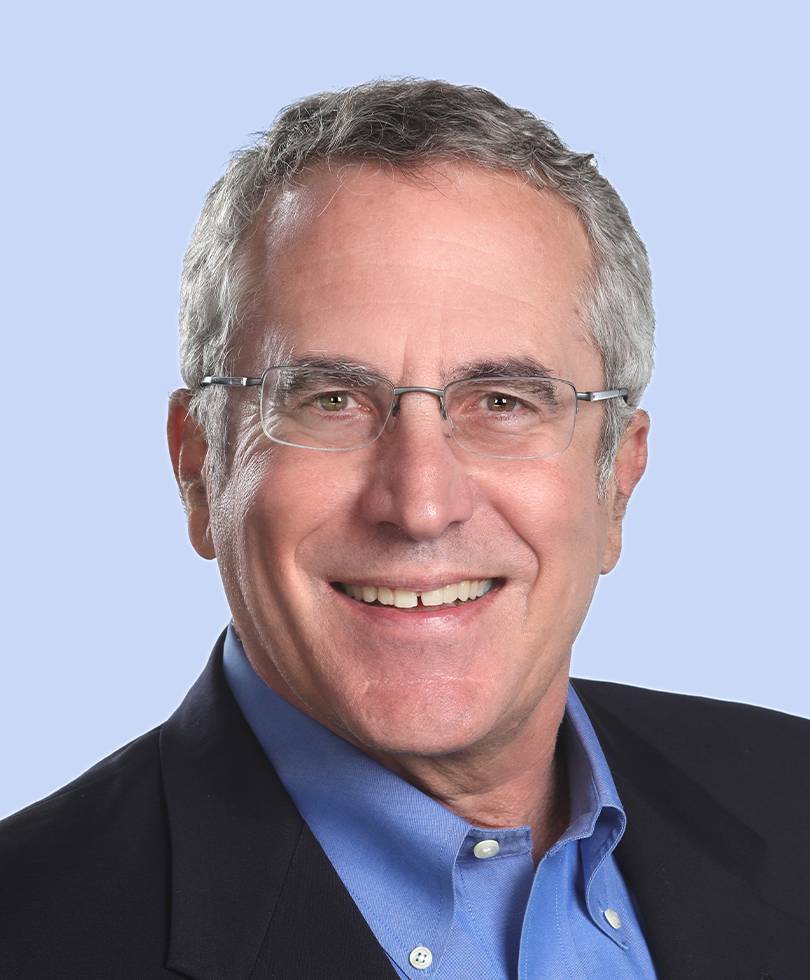 Daniel Spiegelman currently provides consulting and board services to various life sciences companies, including Tizona Therapeutics, where he is Board Chairman and Myriad Genetics, Spruce Biosciences, and Opthea Limited where he serves as a member of the Board of Directors and Audit Committee Chairman. From May 2012 to January 2020, Mr. Spiegelman was the Executive Vice President, Chief Financial Officer of BioMarin Pharmaceutical. Prior to that, he was the Chief Financial Officer of CV Therapeutics, Inc., a biopharmaceutical company that developed and marketed novel cardiovascular drugs prior to its sale to Gilead Sciences. From 1991-1998, Mr. Spiegelman served in various roles at Genentech, including as Treasurer. Mr. Spiegelman has been a director of a number of biopharmaceutical companies in the past, including Cascadian Therapeutics (merged with Seattle Genetics), Relypsa (merged with Galenica AG), Anthera Pharmaceuticals, Affymax, Omeros Corporation, and Cyclacel Pharmaceuticals.

Mr. Spiegelman received a Bachelor of Arts degree from Stanford University and an MBA from the Stanford Graduate School of Business. 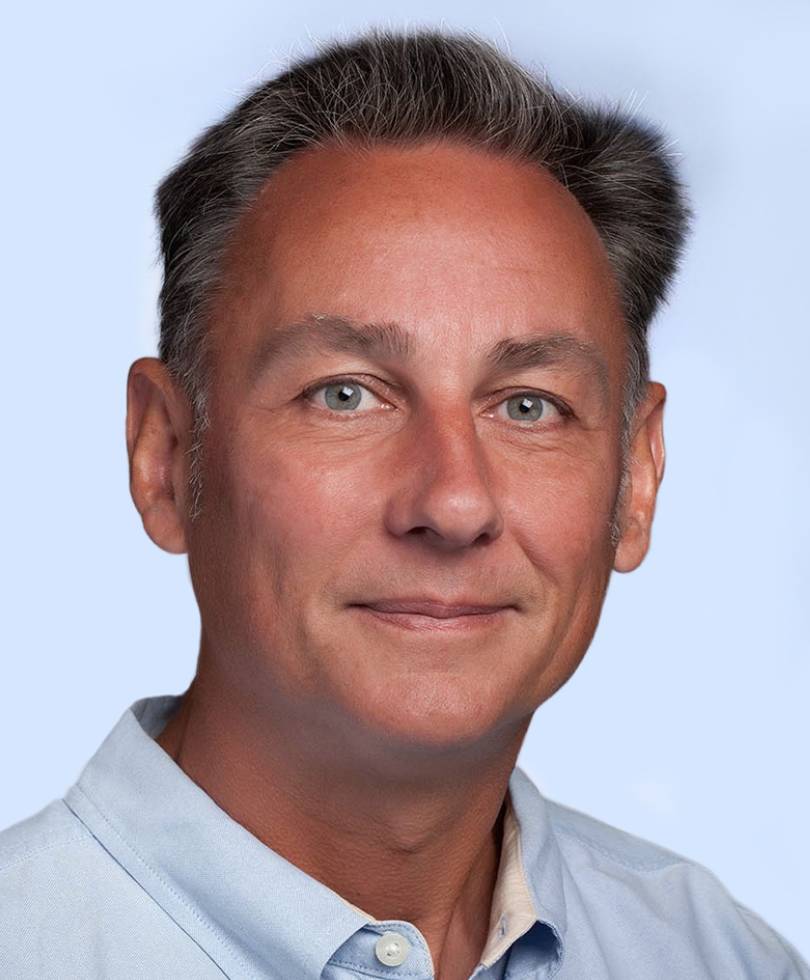 Dr. Steve Kelsey is President of Research and Development at Revolution Medicines, a precision oncology company based in Redwood City, California. Dr. Kelsey has more than 20 years of experience in the biopharmaceutical industry, working with conventional small molecules, beyond rule of five molecules, antibodies, antibody-drug conjugates, DNA oligonucleotides, and mRNA platforms, and has driven multiple industry and industry-academia collaborations to provide better drugs for patients with cancer. Prior to joining Revolution Medicines, he was President of Onkaido Therapeutics, a Moderna Venture focused on the discovery and development of mRNA therapeutics for cancer. Dr. Kelsey is the former Head of Research and Development and Chief Medical Officer of Geron, where he led the development of imetelstat, a first-in-class telomerase inhibitor for hematologic myeloid malignancies. He previously served as Vice President of Hematology/Oncology at Genentech where he played a significant role in the development of key products including Perjeta®, Kadcyla®, and Erivedge® as well as other molecules in the company’s oncology portfolio, and led clinical development for Pharmacia/SUGEN’s Sutent®.

Dr. Kelsey graduated with a Bachelor of Medicine and a Bachelor of Surgery degrees (MB ChB), as well as a Doctorate of Medicine (MD) from the University of Birmingham, U.K. He is a fellow of both the Royal College of Physicians (FRCP) of London and the Royal College of Pathologists (FRCPath), U.K. He has over 100 peer-reviewed publications spanning cell biology, drug discovery, drug development, and patient care, and is a named inventor on several patents. 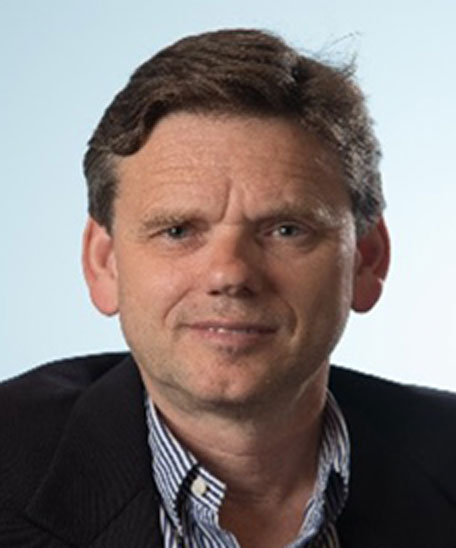 Graham is a seasoned biopharma executive who has successfully led numerous transaction teams through company acquisitions, co-development and co-promotion deals, compound in and out licensing, product disposals, research collaborations, patents licenses and other strategic transactions. Graham recently retired from Bristol Myers Squibb where he was Senior Vice President, Business Development and ran the BD Transactions Group for almost 20 years.  Prior to joining BMS, he was Senior Vice President, Corporate Development at 3-Dimensional Pharmaceuticals, a drug discovery company and before that Vice President, Worldwide Business Development at SmithKline Beecham Pharmaceuticals, where he spent 10 years.

Graham is a fellow of the Chartered Association of Certified Accountants, United Kingdom.